"The MBV program at the University of Southern California has proven to be a great initiative and a terrific experience for the veterans who have earned that unique degree.  Professor Robert Turrill captures the essence of the first six years of the program in his excellent book. . . I was one of those privileged to help in those first six years--as a Judge Widney Professor at USC during that time."
General David Petraeus (US Army, Ret.), former Commander of the Surge in Iraq, US Central Command and coalition forces in Afghanistan, former Director of the CIA, and Judge Widney Professor at the University of Southern California, 2013-2019
​
"[Transitions in Leadership] as a whole furnishes a tableau of military life that’s far more diverse than many readers may expect... a thoughtful introduction to an innovative concept."
-Kirkus Reviews

​
Learn about the book 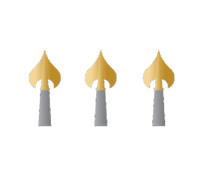